No, that’s not some ageist remark about Mick Jagger. I’m talking about actual stars, balls of fusing gas in the night sky. Some astrophysicists at the University of Birmingham took data from the Kepler Space Telescope to capture the sound created by ancient stars–so ancient, in fact, that they probably disappeared eons ago. Their paper can be found here.

They focused their attention on the M5 globular cluster, which can be found about 7,200 light-years away in the constellation of Scorpius. Using something called “astroseismology,” they boffins observed resonant oscillations that are somehow connected to pulses of brightness. This in turn creates sound emanating from the interior of the star. You can’t actually hear the sounds in space, of course, but that doesn’t mean these audio pulses don’t exist.

As you might guess, small stars emit a high pitch while bigger stars take care of the bass. Take a listen by clicking on the image below. (Via Gizmag) 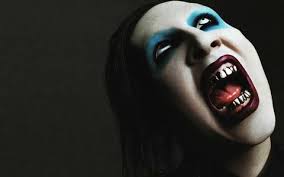 Marilyn Manson Punched in the Face in Lethbridge