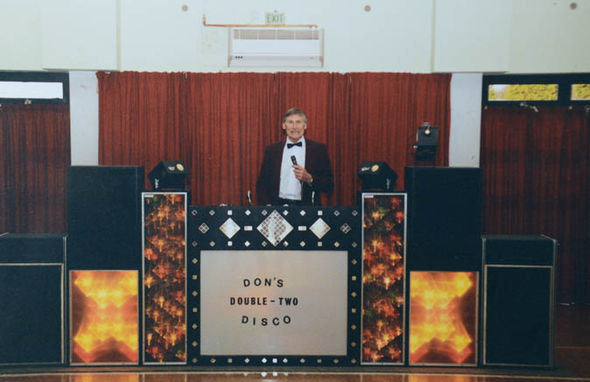 When Don Barker was born in 1936. all music came on 10-inch 78 RPM discs and were often still played on gramophones that you had to wind up. The music they contained was a mix of big band, blues, classical and jazz.

Today at age 80, Don–call him Don Disco when he’s one the decks–works as a full-time DJ, spinning 12-inch vinyl. CDs and MP3s.

Barker’s started DJing full time in 1977 and it’s still the only thing he does. According to this story in The Express, he has a posse of about 70 people–you call them “Donettes,” apparently–who follow him from gig to gig. And despite being fitted with two hearing aids, Don doesn’t seem to have trouble finding that groove for the dance floor.

So what’s in Don’s set? He says it’s mostly “golden oldies,” so those heading to his regular Thursday nigh residence as the Ascot Arms in Devon shouldn’t expect the latest white label grime remix.

Good Point: Many of Today’s Pop Songs Are About ME, ME ME!