In some ways, Kurt Cobain was an amateur gynecologist. I mean, he insisted on calling a Nirvana album In Utero and if you look on the back of the CD, you’ll see all kinds of Visible Woman-type ephemera, including pieces of wombs. I bring this up because Amber Healy of sister site Geeks & Beats has run across something that I’m sure Kurt would have embraced with all his heart. It’s called the BabyPod, a speaker that…well, let’s allow Amber to handle this.

Women have been putting headphones on their pregnant bellies for years, or singing to their unborn child, in the hopes of making their baby-to-be smarter or accustomed to music or the sound of their voice. But why do that when technology can do it better?

According to Babypod.net, a fetus develops the sense of hearing at just 16 weeks of development, and new research from Institut Marquès suggests a fetus can respond to musical stimuli at the same point.

Of course, singing or music from headphones isn’t going directly into  the unborn child’s little ear buds but is, instead, scattered around, filtered through amniotic fluids, blood vessels, skin, etc. So Babypod has decided to cut out most of that middle ground and get up close and personal with both mom and baby: The company has developed a speaker designed to be placed in a woman’s vagina to allow the fetus to hear music with the same clarity as someone not in a womb.

So if you want something more than what the so-called (and mostly debunked) Mozart Effect can provide your baby and you don’t mind sticking a speaker where the sun don’t shine, read more about Babypod here. 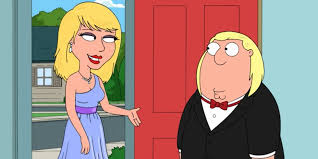 UPDATE: Let me try to explain the latest Taylor Swift beef with her old manager and record company.