The number one question I get about my Ongoing History of New Music podcasts is “Where can I hear the shows with the music included?” In case you don’t know, we have to cut out all the music because it’s illegal to include music in downloadable podcasts. It’s a licensing issue that doesn’t seem to have a solution.

To be clear, you cannot ever use copyrighted music in a podcast. And there is nowhere on the planet you can go to get license so you can do it legally. The result is that the music industry is leaving gazillions on the table. This is from SavingCountryMusic.com.

“On July 12, Calvin Powers of the American Music Show podcast announced that after 452 episodes, and many songs, albums, and artists supported through his popular podcast, he was having to close up shop.

“’A few days ago, I received an email from the Recording Industry Association of America notifying me that I have been hosting ‘unauthorized recordings.’ The email mentioned that they were acting on behalf of a specific label … I was instructed to take down the unauthorized recordings immediately. At about the same time, they sent a DMCA take down notice to Libsyn, which hosts the show’s MP3 files. And Libsyn is in the process of doing it.’

“As Calvin went on to explain, his efforts were in no way malicious, he never made any money off of his podcast, and he always received permissions from the right people before playing any song. ‘I have always played only the songs that have been submitted to the show by singers, bands, and labels, looking to expand the market for their albums. It has always been my explicit goal to introduce new listeners to new music. I only play music that has been submitted to the show per the music submission policy.’

“Calvin’s story is common, but doesn’t only affect the grassroots podcasters and internet DJs doing what they can to give back to the music by helping to spread the word. It affects the biggest podcasts and audio creators in the world. Joe Rogan’s The Joe Rogan Experience is so massive with its millions of daily listeners and viewers, the audience dwarfs most cable channels in audience. However Joe Rogan cannot play music on the podcast, or the episodes can be demonetized, or even pulled off of certain formats.” 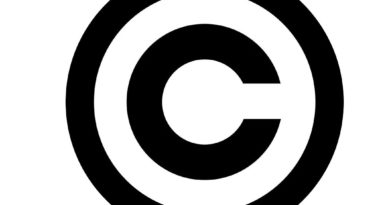