I’m not a fan of Beats headphones.  They’re overly bass-y, overly expensive and over-hyped.  And now, according to Policy Mic, they’re overly unhealthy.  Actually bad for your ears.

Last week, Apple purchased Beats Music for $3 billion — the largest acquisition the company has ever made. With it, the company acquired Dr. Dre and longtime Interscope Geffen A&M Records executive Jimmy Iovine, the men behind Beats and a “sound revolution” who are actually doing irrevocable damage to our ability to appreciate music.

They aren’t alone in it. Beats is just the biggest representative of the cultural trend of constant headphone use, and the silent epidemic that has come with it.

Dre and Iovine’s headphones are engineered so that you “hear your music the way the artist would play it back” — specifically, the way hip-hop and rap artists, like Dre, would want to play it back: with a lot of bass, in the way that leads to hearing loss. For most high-quality headphone brands, that’s the sell.

Beats’ headphones have been flaunted in rap music videos and touted as expensive fashion accessories, creating a commercialized hip-hop culture that stems from the celebrity of Dre’s production history. As a result, much of Beats’ engineered appeal is in its emphasis on low, bass-heavy frequencies of the “Xxplosive” sort. It makes sense: Rap and hip-hop are often characterized by their heavy, booming bass lines. And while a human ear normally registers frequencies anywhere between 20 Hz and 20 kHz (or 20,000 Hz), the sub-bass sounds in rap songs, like a classic 808 drum kick, will range as low as 80 to 20 Hz. The lowest A on a piano,for example, vibrates somewhere around 25 Hz. In order to hear those notes, you have turn the volume way up.

Interesting, no?  Read on.

Twitter is Going to Try to Get into the Music Game–Again. Another Shot in the Battle Against Tangled Earbuds 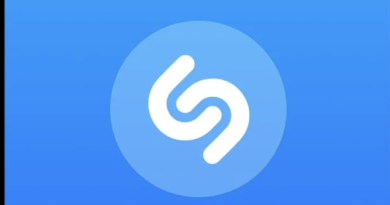 Shazam, the magical music identifying app, has turned 20. Here are some Shazam facts

3 thoughts on “What Beats is Doing to Your Ears”