It took years for Billy Talent to find their sound. Today, the Canadian band bursts with self-assurance – and yet the members still prepare breakfasts for their kids and continue with much of their otherwise rather normal Toronto lives

Compared to a typical January snow pack, this year’s is light, just under an inch. But Aaron Solowoniuk is a neat freak: The snow has to go. He grabs a shovel and meticulously begins cleaning in front of his band’s studio door. He’s a pale guy in mid-calf winter boots, jeans dangling around his thighs; he looks like everybody else, is out shoveling snow (albeit perhaps a bit more frequently) like everybody else. But whereas his attire and routine parallel his neighbors’, Aaron himself is markedly different: He is the drummer for Billy Talent, one of the most famous punk rock bands in the world. The band recently released a best-of album and has emerged with a heightened self-confidence.
Says bass guitarist Jon Gallant, “I don’t think that we are still influenced by other bands. Inspired, maybe. But we are doing our own stuff.”

They’ve come a long way, Aaron, Jon, vocalist Ben Kowalewicz, and guitarist Ian D’Sa; they’re far from their start as a school band covering songs by their idols Soundgarden, Pearl Jam, and, most often, Rage Against the Machine. “The sound of our generation”, Ian says. “These forces never let you go.” 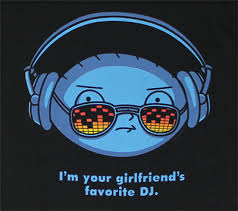 If You’re into Spinning Records, You Need to Read This: The Truth About Djing