An interesting article from Wondering Sound:

When Alessandro Brustenghi emerged from the elevator in a Midtown Manhattan office building, he looked like any other young rock star: just over 5 feet tall, tanned skin and a touch of scruff. The only difference was that he was also dressed in a friar’s habit.

Friar Alessandro kept his aviators on indoors. His eyes were weary, he explained, from a weeklong media blitz for his first record for Decca, Voice From Assisi. This was the farthest distance and the longest time the 34-year-old friar had ever been away from his Perugia homeland. We sat in a sleek room with floor-to-ceiling glass paneling that made it feel as if we were dangling in an ornament over Central Park. The friar’s publicist explained to him that the park was entirely manmade, information Brustenghi accepted with a cautious nod.

In 2011, Brustenghi became the first religious brother to land an exclusive record contract with a major label. Producer Mike Hedges (U2, the Cure) heard the Italian tenor sing and invited him to record at Abbey Road Studios (“It is not possible to explain the importance of the Beatles,” Brustenghi said). He had little hope that his Assisi brotherhood would give him the green light. But they did, under the conditions that Brustenghi take a vow of poverty — meaning that any money he earned went to the Order of Friars Minor for charitable work — along with vows of obedience and chastity. As far as Brustenghi was concerned, he was living the rock star life.

This is Well Done: The Ups and Downs of Being in a Canadian Indie Band 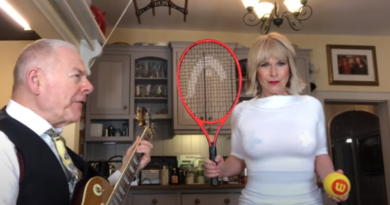