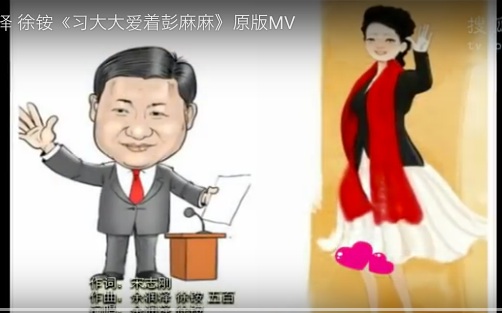 In what looks suspiciously like a budding cult of personality, a number of Chinese singers have released material praising Xi Jinping. They claim that they’re just proud of their country and its leadership, but given the economic, social and political challenges facing China these days, it’s not hard to assume that the long arm of the Propaganda Ministry is involved.

And it’s not just one or two songs, either. Here’s a list of titles of current Chinese pop hits about Xi:

Can you imagine anyone writing a song like this about a Western leader? (Okay, a positive song?)

Read more about this weird Chinese pop phenomenon at The Guardian.

Not a fan of the whole Rock and Roll Hall of Fame thing? Read this.

Why won’t people SHUT UP at concerts?