Music is a very important part of the Starbucks environment. So who is entrusted with getting the music mix in their stores just right? These guys. From Fast Company:

In one form or another, music has been part of Starbucks’ corporate DNA for decades. It might seem odd for a multinational company that makes $20 billion a year slinging coffee, but Starbucks has long made music a central part of the experience of customers who walk into each of its 24,000 stores around the world. In 1999, Starbucks acquired a Bay Area music store called Hear Music and launched its own Hear Music-branded coffeehouses and, later, a record label. Throughout the 2000s, Starbucks stores everywhere sold CDs, launching a label of its own that put out music by artists as famous as Paul McCartney and as grungy as Sonic Youth. Long before Tidal or Apple Music, Starbucks was using exclusive releases to lure people into its stores.

But as the market for recorded music goes, so goes Starbucks. In 2015, Starbucks announced it would stop selling CDs as it became obvious that the broader, years-long decline in sales would not reverse itself. A year later,Starbucks partnered with Spotify for the music it now pipes through its stores. It’s also integrating the streaming music service into its mobile app, letting customers see what’s playing and save it for later.

One thing hasn’t changed: Starbucks still employs in-house music curators. Self-described ‘music nerds’ David Legry and Holly Hinton have been with the company for about 20 years, hand-selecting songs for compilation CDs and, more recently, Spotify playlists. Fast Company talked with Legry and Hinton about their unique jobs, and how their music discovery habits have changed over the years. 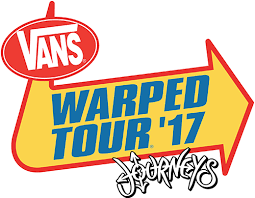 Has the Lineup for the 2017 Warped Tour Leaked? Maybe.