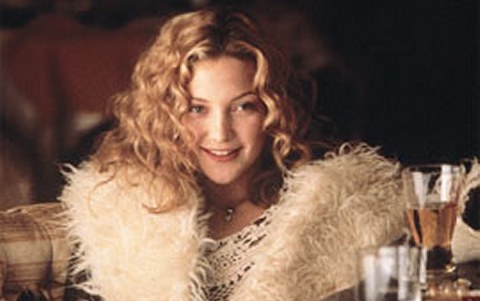 For as long as I can remember and for decades before that, a certain type of woman (and a few men) has fought to get backstage at rock shows. The word “groupie”–or at least the modern concept–goes back to 1942 when Mary McCarthy described this kind of celebrity-chasing in her novel The Company She Keeps . Another story has Rolling Stones bassist Bill Wyman coming up with the word in 1965 to describe the group’s rabid female fans.

There are so many stories. The GTOs. Cynthia Plaster Caster. Penny Lane in the movie Almost Famous. Stories in Motley Crue’s The Dirt and Marilyn Manson’s Long Hard Road Out of Hell. David Lee Roth’s code to roadies for picking women out of the crowd for backstage passes. Def Leppard’s special backstage passes for women emblazed with icons of a human eye, a bird (specifically a swallow) and a sailor (synonym: seaman). Sound it out.

But in the era of #MeToo and #TimesUp, is the time of the groupie up? The Guardian takes a look.

In 2001, when the Mötley Crüe biography The Dirt was published, barely an eyebrow was raised at the debauchery described within. Even one of the darkest tales, in which Nikki Sixx said he “pretty much” raped an intoxicated woman after he had had sex with her in a cupboard and then sent Tommy Lee in to do the same, did little to damage Sixx’s reputation.

If such an account were published now, or allegations to that effect posted on social media, the artist in question would be vilified by fans and potentially subject to criminal proceedings. Brand New’s UK tour was cancelled after its frontman, Jesse Lacey, was accused last November of “soliciting nudes” from a then-underage girl; he later apologised. Support acts pulled out of touring with the Polish metal band Decapitated after they were accused of gang-raping a woman on their tour bus. (They denied the allegations and the charges were cleared in January.)

Rapper Nelly is fighting a lawsuit from a woman who accuses him of raping her on his tour bus. The suit cites allegations of sexual assault from two other women, one of which allegedly took place after a gig in Essex last December. He denies all allegations. Other, less high-profile, artists, such as Ben Hopkins of the New York duo PWR BTTM and Jonny Craig of the US band Slaves (not the UK duo), were dropped from their respective record labels when allegations of sexual misconduct, which they both deny, were posted on social media.

Even before the #MeToo movement, fans were using social media to share allegations of inappropriate conduct by musicians, but the current high-profile conversation around consent and male entitlement has not only led fans to document their experiences, but even spurred former groupies to question the power dynamic underpinning their experiences. It’s 4/20. Here’s a lyrical analysis of songs that mention weed.

Four Years into Their Reunion, The Stone Roses Might Have a New Album Ready