Some of the big-budget Super Bowl commercials are starting to appear ahead of Sunday’s game, including this 60-second offering from Amazon that, frankly, is a bit weird.

The premise is that Alexa, the voice of the Echo devices, loses her (its?) voice and a bunch of celebrities are drafted to take her place. And yes, that’s Amazon head Jeff Bezos making a cameo.

As you can see, the spot runs 90 seconds, which, at the purported rate being charged by CBS, will cost Amazon $15 million to run once. (Don’t worry. Jeff has that kind of money in his couch cushions.)

But let’s take a closer look at the ad. Amazon has filed patents for Alexa-enabled headphones. Is that what we’re seeing in the commercial? Or maybe Amazon is hinting that Alexa will soon have customizable voices? We’ll see. 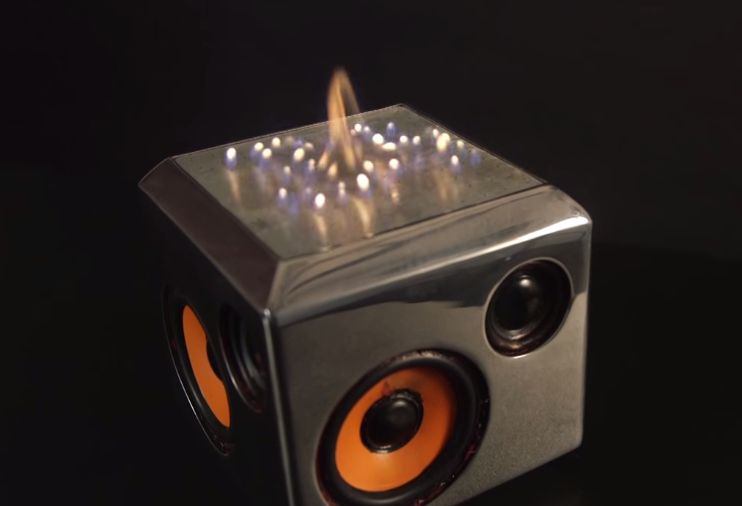 Sound Torch: The Bluetooth Speaker That Bursts into Flames A Hipster Music Player That Almost No One Needs