Let me declare that I was born and raised in Manitoba and spent the first 23 years of my life within 20 miles of Winnipeg or living and working in the city itself.

Yes, it’s cold in the winter. Yes, we have mosquito season. But as an incubator for interesting people, Winnipeg has cranked out more than its fair share. The following people all have roots in the city.

Chris Donaghue noticed the same thing. He contributes this piece.

Why is everyone from Winnipeg?

Both my heroes are from Winnipeg, Neil Young and Terry Fox. All 3 Canadian performers from the 60’s that had Billboard #1’s were from Winnipeg. And Winnipeg is Canada’s best hope for our first Stanley Cup in 25 years.

The guy with the most goals in the NHL right now (or did when I wrote this) plays for Winnipeg, and so did the best two rookies ever, Teemu Selanne, & Dale Hawerchuck. The father of the most talented musician working today, Beck, (in my opinion), is from Winnipeg, and he does all the strings on his Grammy winning son’s albums. And the world’s most avant-garde filmmaker, Guy Maddin, still lives in Winnipeg.

And Winnie the Pooh, was a real bear brought to England from Winnipeg during WWII, and exhibited in a zoo there. Winnie is short for Winnipeg.

Why is everyone from Winnipeg, and why is anyone from Edmonton?

The three Canadian acts with number ones that came out of Winnipeg were The Guess Who, Neil Young, and Bachman Turner Overdrive. BTO had two, “Taking Care of Business” and “You Ain’t Seen Nothing Yet.” And Randy Bachman co-wrote “American Woman” with The Guess Who. Somehow Vancouver, Toronto, Montreal & Ottawa never produced an act from the ’60s that had a worldwide number one. And yet Winnipeg produced three, who had 4 chart-toppers amongst them.

In the area of movies, Winnipeg has produced the world’s strangest filmmaker, maybe weirder than David Cronenburg. I don’t even know where to begin. Watch My Winnipeg, to hear him tell it. But The Saddest Music in the World is weird in a way that makes me think I might leave a few things out.

It has The Kids in the Hall alum Mark McKinney, but the star is Isabella Rossellini. She’s a double amputee who runs a brewery in prohibition era Winnipeg. She has two glass legs full of bubbling beer. Seriously. You thought Yahoo Serious was weird? Get ready.

She has a radio contest for musicians to come from all over the world to play the saddest music in the world. The winning act on the weekly show gets to ride a slide into a pool of beer. American radio listeners from across the border in dry Minnesota complain that this is a horrible waste of good beer. The weirdest part of it though, is that Isabella Rossellini said she moved to Winnipeg 3 months before shooting, in the winter, to get a feel for the place.

Advice from a Winnipegger

And some advice Winnipegger Randy Bachman gave to his son Tal: ‘What are you going to do with a philosophy degree? Drop out and start a rock band.’ Tal had a #1 as well. He was probably born in Winnipeg too. But if you want to hear it told by a guy who was there, with Neil Young playing along, listen to Bachman’s Prairie Town. “Portage and Main”: “50 below, you stay inside and rock and roll.”

Ala Neil Young records with acoustic and electric versions of a song, like “Rockin’ in the Free World” on Freedom, Randy did an acoustic version too. That version of “Prairie Town” is with Margo Timmins, who is surprisingly not from Winnipeg or Timmins. But Winnipeg is a socialist town and everyone is welcome, even Torontonians.

Around the same time, Beck’s dad moved from Winnipeg to California. And he did what I would call one of the only orchestra jams, on Paper Tiger from Sea Change. And speaking of sea (or climate) change, Neil Young’s house burned down in Malibu in Nov 2018.

The climate is famously extreme in Winnipeg, but in 2016 on the -fi show Incorporated, from Syfy, where America of the not so distant future is mostly flooded, or unlivable, youth in Minneapolis plays basketball in a Winnipeg jersey. And a euphemism for death is discussed as, “When you said he went to a better place, I thought you meant Winnipeg.”

If people think of Winnipeg at all, most Canadians think of The Jets as the best hope to bring home the Stanley Cup, (RIP Stan Lee). Most modern rock bands think of Winnipeg as where Neil Young went to high school. But people rarely think of Dylan’s nearby hometown of Hibbing Minnesota. They are both cold, snowy, far from anywhere and yet ironically former transportation hubs. Cross-Canada flights used to have to refuel in Winnipeg hence the NHL team’s name The Jets. And Hibbing was the birthplace of Greyhound bus lines. Maybe that’s why Bob Zimmerman hit the highway out of there. Greyhound ended service in Western Canada in fall 2018. So they’ll be no more tours starting in Winnipeg on the Greyhound. But Neil has a biodiesel tour bus and the Pixies should too if they don’t.

When The Pixies reunited in 2004, they announced only a Western Canadian tour from Winnipeg to Victoria. The NME headline that week was The Pixies are Back Together! in large letters, and underneath in small it said ‘if you live in western Canada,’ (which I did at the time). They did one surprise show in Minneapolis the night before the Winnipeg show, where they played a couple of Neil Young songs, but not any by Minnesota’s own Bob Dylan. But at their first official show in 15 years, they opened with the Neil Young song about long winters in Winnipeg called “Winterlong.” I knew that weird tour was announced as a tribute to Neil Young. Pixies singer Black Francis said he woke up to “Winterlong” every day for 2 years. Which is about the length of a Winterpeg winter.

As for Peggers being on the radio today, Randy Bachman hosts one of the CBC’s longest running programs, Randy Bachman’s Vinyl Tap, on which he waxes poetically on programs about unusual things like hit songs in weird time signatures, and that there is only one in 5/8, and 7/8. Things normally only a drummer would think of, but any researcher could look up.

And The Ongoing History of New Music, which is the longest running radio documentary in the world, is done by former Winnipegger Alan Cross. There have also been other Peggers on the airwaves like The Weakerthans, & The Waking Eyes. And these days there is also the aptly named Winnipeg band Imaginary Cities.

On last week’s episode of , Annie Clark, aka St. Vincent, was featured as a modern guitar goddess. I read an interview with her where she said her greatest musical dream when she was younger was to go to a Pearl Jam concert and for Eddie Vedder to pull her out of the crowd to come up and sing a verse of Rocking In The Free World. Winnipeggers are inspiring and I find it a bit weird.

So Winnipeg has the only three number one Canadian acts that came out of the . The weirdest alive. All 3 of the best teenage NHL players and the artists The Peg has gifted on the world like Neil Young, and Beck’s dad, have had more impact on the world than their prairie town childhoods might have suggested. And Terry Fox might be considered a Vancouverite, but he lived in Winnipeg till he was 8. And he may have stopped Quebec from leaving Canada by running through there in the months leading to their 1980 referendum, during his Marathon D’espoir. He may have finished 2nd on the TV show The Canadian, but he’s still lots of people’s Canadian

I have only passed through Winnipeg, but I have always wondered why that city? And as for Edmonton, the so-called prophet of the internet age, Marshall , was born there but moved to Winnipeg for high school. And these days, Ruth B. is doing Edmonton proud, (and she says to call her an Empress!)

So why? Guy Maddin would tell you that it is underground rivers, not just the above ground rivers that flood. The Pixies would tell you they did it because of Neil Young. City Hall will tell you that what makes Winnipeg unique is that it is the geographical of North America. But regardless, Winnipeg is a place that spills its banks and the rest of us benefit. Once in a while, someone like The Pixies return the love.

But if you get to have a cup parade in Canada this year, or you’ve heard any of the Grammy-winning Morning Phase, Neil Young or The History of New Music on the radio lately, or you’re reading this, thank a Winnipegger

And what do Peggers think of themselves? Well, for one, The Canadian Mint is in Winnipeg, and they make coins for more countries than any other Mint. There have only been two Canadians on coins. Cindy Klassen & Terry Fox, both from Winnipeg. And on the new Canadian tenner, the first to feature a woman, and a person of , (and the first Canadian sideways bill), is Winnipeg’s new Canadian Museum of Human Rights on the reverse

But what does the rest of the world think of Winnipeg?  In Dec 2018, The Price is Right game show gave away a grand prize trip to Winnipeg & Churchill, Manitoba.  The guys on the radio in Ottawa are calling it the worst prize ever.  But what will the winner get to see?  Some polar bears, the aurora borealis, Canada’s best hope for the cup in 25 years, a Human Rights Museum, and the place that birthed some truly unique artists upon the world.

So to quote a few Peggers, Sea Change, Like a Hurricane, The Medium is the Message, The weather is changing. Winter is coming. But if there’s one thing Winnipeggers know, it’s that the climate changes. 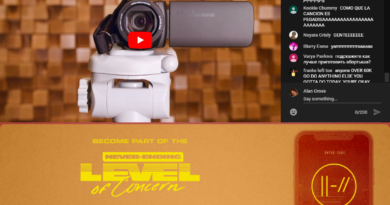 7 thoughts on “Guest Post: Why does it seem that everyone is from Winnipeg? (And yes, there is a music angle to this)”