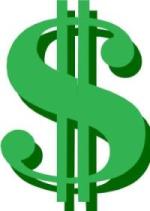 With music sales sucking ever-harder each month, artists have to hit the road more than ever.  And some of them did all right over the last twelve months.  Here’s what they grossed in 2013:

The guy’s in his 60s but he still insists on putting on three hour shows–and it paid off with grosses of $147 million.

They pulled in $126 million from just 23 shows.  Yes, tickets were expensive.

She played 66 sellout shows in front of 1.3 million people for a total gross of $115 million.

Even though their tour was cut short because John McVie needs treatment for his cancer, they will made $62 million.

They made $54 million.  I hate Adam Levine even more now.  Does anyone really believe he gets his clothes at K-Mart? These YouTube Stars Make WAY More Money Than Us. And a Lot of Musicians.