Friday, April 29, 2022, will always be remembered as a historical evening in Ottawa for fans of I Mother Earth. This day would mark the first time the band had both of their lead singers, Edwin, who was the lead vocalist from 1990-1997 and from 2016 to the present, and Brian Byrne, lead singer from 1997-2015, performing together.

The show at Ottawa’s Bronson Centre, was the first of two such unique performances (the second happening the following night in Toronto at the Phoenix Concert Theatre). To have lost one lead singer, the face of the band, and to have continued success as a group with another is not easily or often achieved (for more about this, listen to ‘The Ongoing History of New Music’, episode 950 and this night would be a celebration of the unique skills, chemistry, and energy these two men brought to the band in their times as frontperson. The show, titled All Four Once, was clearly a boy’s night out for many of the city’s Gen X and Elder Millennial population, although the crowd was diverse and a mix of all ages could be found in the crowd.

The show was filmed for future use and the Facebook event page encouraged fans attending to wear the nice shirt and the often long-haired and bearded crowd came ready to rock in their best band shirts, denim, leather, plaid, sneakers and doc martens giving the room a 90’s feel.

The night would open with a performance by Alan Charlton and Doug Wallace, both playing guitar, from local indie roots-rock group, Main Street Revival. Their set had a folky vibe to it as they opened with their song ‘Riding The Waves’ from their 2019 self-titled album. They played seven songs total and their newer songs ‘Ghost, and ‘Strutting with the Dead’, from their 2021 single, Revive Yerself, were bookended by covers of other Canadian bands,  ‘Fireworks’ by The Tragically Hip (Phantom Power, 1998) and ‘Sawed-off Shotgun’ by the Glorious Sons (Young Beauties and Fools, 2017). Although their sound is quite different from that of the main draw of the night, those in attendance seemed to enjoy the music, many swaying along to the slower numbers, and would agree it was a good start to the evening.

When it was finally the time the crowd had eagerly awaited, Edwin took the stage amidst a red and white light show.

The crowd was hushed and a sea of cellphone cameras arose in the air as the band would start to quietly play their opening song from the 1993 album Dig, ‘The Mothers.’ The lyrics of this song:  “Listen to the Mothers, a surreal sound of eight-legged groove, a serving of today’s psychedelic-y sound and when you embrace this sonic mural we will be together, our spirits mad survivors,” made it the perfect opener to this show that added a groovy edge to the alternative band’s hard-rocking repertoire of hits as Edwin played a few different percussive shakers throughout the show that saw many songs punctuated by trance-inducing percussion or instrumental interludes and face-melting guitar bits.

The show would move along in near chronological order of their music and Edwin would perform the first half of the show, 8 hits from 1993’s Dig and their 1996 album Scenery & Fish, including ‘Basketball’, ‘Three  Days Old’, and ‘No One’. Edwin said little between songs and many songs melded into one another. If you weren’t familiar with their music in many instances you may not know where one song ended and the next began. When he did address the crowd he marveled that they were playing songs they hadn’t played in ages and told the audience that they would like crowd participation as the show was being recorded. The fans were clearly happy to oblige the request and they sang loudly along with ‘Not Quite Sonic’, ‘Raspberry’, and ‘Another Sunday’. Edwin may not have moved much around the stage but the band energized the crowd to bounce around in front of the stage or clap or tap along or at a minimum flash the “rock on” hand symbol where appropriate. The particularly lively almost calypso beat to which they performed ‘‘Earth, Sky & C.’ really had the audience grooving. Speaking with audience members, owners of a local Ottawa business, 5 Ton Records, commented that the band really knew how to set the atmosphere and that they were happy that big acts were returning to smaller, more intimate venues. Not surprisingly, they also lamented that I Mother Earth had never pressed any of their music on vinyl and expressed hope that this might happen one day.

In the second half of the show, Brian would bring a different energy, headbanging, dancing and generally grooving through the opener to his part of the set, ‘0157:H7’ from the band’s 2003 album, The Quicksilver Meat Dream. He would again encourage audience participation and sent love to those up in the balcony seats before singing the mega-hit ‘Summertime In The Void’ which had the crowd jumping and grooving and shaking anything they had, trying to make their own percussion on bar tops and beer cans. His eight-song set consisted of songs from the 1999 album Blue Green Orange and 2003’s The Quicksilver Meat Dream including, ‘Juicy’ and ‘Good For Sule’. Brian would marvel at the chance to be on stage that night saying “I don’t feel ready but I feel ready if you know what I mean” and later “just to say thank you is a little disingenuous but just to stand on this stage and do this again is like…” but he wouldn’t finish the sentence instead moving into the song ‘All Awake’ which brought a noticeable hush to the crowd. The quiet wouldn’t last though and he had the crowd screaming and headbanging with him in songs like ‘I is Us’ and ‘Like the Sun’.

On the thing that would make this night so unique and special Brian said,

“I thank the guys obviously but I really want to thank Edwin. Obviously he had to be cool with this, he welcomed me with open arms. So anybody who still thinks out in this world that there’s some kind of bullsh*t between us after twenty [or] thirty years that’s ok, lay it to rest, we’re good boys. He’s a good man.”

The night was also a family night for Brian and he showed the fans the future of Rock and Roll by bringing two of his children on stage. Brian would finish his part of the show with the 2015 single ‘We Got the Love’ which ended in a crowd sing-along of “ohs” allowing all to feel as if they had performed as part of this historic night.

The encore would bring Edwin back to the stage to perform ‘Used To Be Alright’ and the crowd enjoyed singing along with him to ‘One More Astronaut’ and their first ever hit (he shared remembering hearing it on the radio for the first time) ‘Rain Will Fall’ . The last song of the night would see Edwin and Brian perform the song ‘Levitate’ together on stage and song’s end would see the two embrace further proving the point that there is no beef between them. The night would end with the band taking a selfie from the stage with the crowd and left the audience feeling happy and fulfilled to have witnessed such a show. It’s safe to say many in attendance are wondering what, if anything, might be next for their favourite and/or treasured Canadian alternative rock group. Here are three weird things that happened at concerts recently 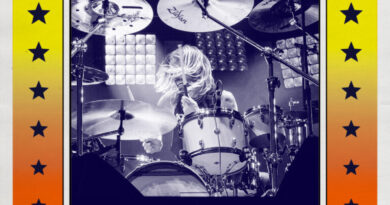