Just after 2am, a press release appeared in my inbox.  It was from Apple.

“Apple Rolls Out CarPlay Giving Drivers a Smarter, Safer & More Fun Way to Use iPhone in the Car,” it said.  “CarPlay Premieres with Leading Auto Manufacturers at the Geneva International Motor Show.”

From the press release again:  “…CarPlay, the smarter, safer and more fun way to use iPhone in the car. CarPlay gives iPhone users an incredibly intuitive way to make calls, use Maps, listen to music and access messages with just a word or a touch. Users can easily control CarPlay from the car’s native interface or just push-and-hold the voice control button on the steering wheel to activate Siri without distraction.”

Translation:  the new system offers tighter integration of iPhone functions with whatever is in the dashboard.

There are two reasons I’m so into developments in the connected car space.  (1) I love cars; and (2) I’m concerned about radio’s future in all this.  As our vehicles move closer and closer to becoming rolling apps and as the technology stack in the console becomes more sophisticated, what will terrestrial radio’s role be in the near- and long-term?  If drivers are able to access all the audio entertainment the Internet has to offer, what will the radio industry do to adapt?

More information on the story at CNBC. 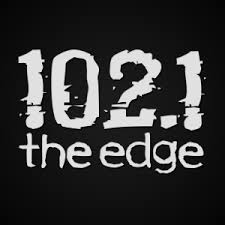