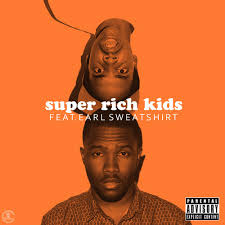 When people first started excising bits of other compositions in the creation of brand new songs, it was a wild west situation that soon devolved into a battle between the sampler and the sampled.  The first step in the legal fights that followed was an acknowledgement that artist who sample had to seek permission (and often pay) the people they were sampling.  This is why, for example, we’ll never, ever see a record like the Beastie Boys’ Paul’s Boutique ever again.  Clearing all those samples would just be too expensive.

But the idea of what can and cannot be sampled without clearances is still a contentious one.  Billboard looks at the case of Frank Ocean.

A few seconds on a hit record can add up to a few years in a courtroom. Just ask TuffAmerica, a New York label that on Feb. 7 sued Universal Music Group over a sample used on Frank Ocean’s “Super Rich Kids.”After more than three decades of litigation, music lawyers know that even the smallest lift of a previously released song typically requires licenses from the owner. They also know that artists often press their luck without a license, hoping the sample is minuscule enough to qualify as “fair use.”