If you haven’t been to the movies lately or have been living under a rock, the live-action remake of Disney’s Dumbo flies into theatres March 29th. Sorry for the spoiler kids.

It’s part of the Mouse House’s needless rebranding of pretty much all their film properties; remember, The Lion King, Aladdin and many, many others will be getting updates from their original animated releases.

Listen, Disney can do whatever the hell it wants for all I care, but my ears do perk up like that cute li’l elephant whenever I hear music artists the calibre of Arcade Fire are involved.

According to Wikipedia, Norwegian singer AURORA was supposed to sing the famous “Baby Mine” song from the 1941 Dumbo. A teaser shown during American Idol March 3rd and amplified on the Internet afterwards revealed that everyone’s favourite Canadian hipsters have been recording new music.

Very cool on their part, although I wonder why The Smashing Pumpkins aren’t involved. “Baby Mine” closed many a 3+ hour show on the reformed band’s Shiny and Oh So Bright tour last year. They must’ve never got around to laying down a proper studio track with Rick Rubin…

Either that, or Disney doesn’t want to be associated with someone who could be so dour while at The Happiest Place on Earth. 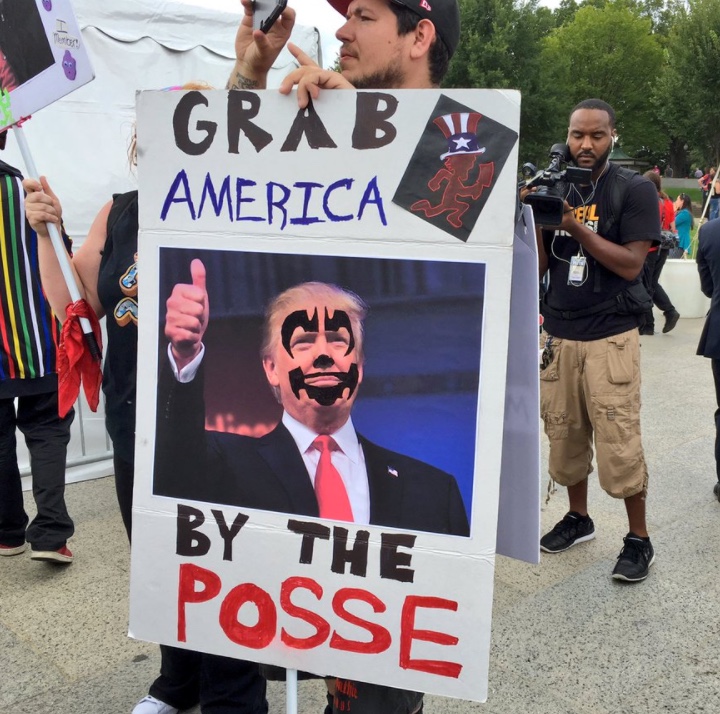 So How Did the Juggalo March on Washington Go? Surprisingly Well, Actually. Bono isn’t the only one canceling shows because he lost his voice. It happened to Dave Grohl, too.