Meet Kristina Karamo, a Republican candidate for Secretary of State in Michigan. She has some interesting ideas about how the world (both natural and supernatural) works.

First, she’s a die-hard Trumper. Second, she subscribes to a bunch of QAnon beliefs. And third, she’s got it out for a number of singers because she believes that they are tools of Satan. These are views that have come to light from a podcast she did in 2020.

Billie Eilish was singled out for whatever evil is being depicted in the video for her song, “All the Good Girls Go to Hell.”

Beyonce, she says is “working overtime to pull more and more Black Americans into paganism and calling it American spirituality.” It’s the whole Jay-Z-and-Bey-are-part-of-the-Illuminati conspiracy.

Cardi B was singled out as a “tool of Lucifer.” Karamo was appalled by the “WAP” video, calling it “filth and sexual degeneracy in our culture.”

You can read/listen for yourself here. 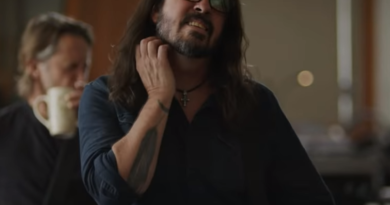 Dave Grohl has fun with his alleged caffeine addiction

This baby is named KORN because of a hospital error