It’s not easy getting a black belt in any martial art, trust me. It took me 10 years to get my black belt in Jiu-Jitsu. I spent countless hours at the dojo from age six to 16 working towards earning that black piece of fabric. In the nine years since then, I’ve moved across the province twice for school, worked evenings and weekends to make a bit of money for groceries, and have had to rely on public transit 95% of the time, so I haven’t exactly been too active at my dojo. I’ve helped with the occasional kids’ class, but my own training has been put aside for the time being.

That being said, I can hardly imagine being a celebrity and having the time to train in any martial art long enough to achieve a black belt. I’m even more amazed by those who have black belts above first dan.

Danish cycling website Cykelvalg put together an infographic of 30 black belt celebrities. Of course there are the well-known celebrity martial artists like Chuck Norris, Steven Segal, and Jean-Claude Van Damme. There are also others you might not expect, like Bear Grylls and Forest Whitaker.

Those three aren’t the only musicians to hold black belts, however. Dave Mustaine has a black belt in both Taekwondo and Ukidokan Karate. Stranglers bassist Jean-Jacques Burnel has a seventh dan in Shinodan Karate. Folk singer Joan Baez holds a black belt in Aikido.

There are plenty other musicians with black belts. There are also many others who train in a martial art even if they haven’t yet received their black belt. Regardless of what belt a musician, or anyone else, has achieved, I think finding the time to train is an absolutely fantastic thing.

Are there any black belt musicians you feel deserve a shout out that I’ve missed? Feel free to leave a comment! 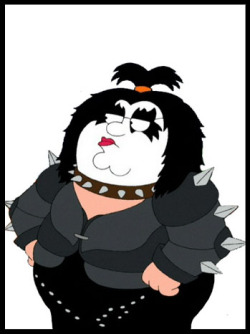 How Many People Are Going as Gord Downie for Halloween? This Kid Is. Listen To Sgt. Pepper’s, Except Every Song Is Now A Parody of Star Wars