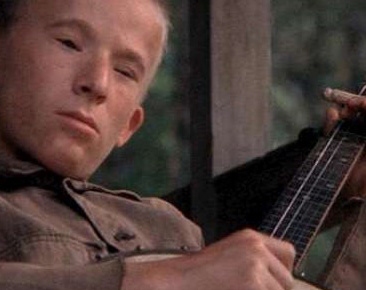 You probably didn’t know his name, but you’ve definitely heard his guitar playing. Steve Mandell, the guy who played the guitar part in “Duelling Banjoes” has died of prostate cancer at the age of 76.

Most of us first heard the track in the 1972 John Boorman movie, Deliverance.

The piece descended from a 1954 recording by Arthur “Guitar Boogie” Smith called “Feudin’ Banjos.” When the commission for Deliverance came in, banjo player Eric Weiss contacted Mandell to create a new arrangement. They later joined the actors on set to help them mimic their parts. Another Concert Marred by Violence and Death