Sesquicentennial: That’s your word for this year. On July 1, Canada will turn 150 years old. And as one of the original provinces of Confederation, Ontario will also turn 150.

Back in 1967–our centennial year–Dolores Claiborne, the composer of the Hockey Night in Canada theme, was asked to write a song celebrating Ontario’s 100th birthday. The result as “A Place to Stand,” which became one of the songs heard at Expo 67 in Montreal. Not only was the song taught to kids in music class at school (ask your parents or grandparents), the original recording of the song sold 50,000 copies, making it an official gold record.

For the Ontario’s 150th, the song has been given an indie rock update by Toronto’s Ginger Ale and the Monowhales (they do the English version) and Melanie Brulée (the Francophone recording). Both tracks are available today. Some anti-Christmas songs to counteract the stuff you’re hearing at the mall. 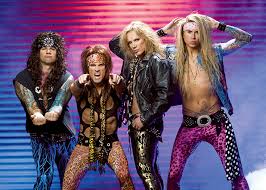