If you’re (a) a fan of Queen; and/or (b) a space nerd, you know that Queen guitarist Brian May is a bona fide astrophysicist with a PhD from Imperial College earned with a paper called A Survey of Radial Velocities in the Zodiacal Dust Cloud. In 2006, he co-authored Bang! – The Complete History of the Universe followed by “The Cosmic Tourist” in 2012.  He even has an asteroid named after him: 52665 Brianmay.

It’s become almost de rigeur to invite Brian around to mission control anytime there’s a significant development with space exploration. That he be the guest of the New Horizons mission to Pluto and the Kuiper Belt was a no-brainer.

Thanks to Peter for the links. More pictures from the mission here. 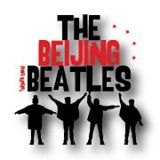 Monday got you stressed out? Watch this mesmerizing “water bridge” video Marvel at this Drummer from Japan