If you look at the streaming music charts every week, you’ll see that the Top 1000 is dominated by new and newish tracks. Not surprising since the current hits are always in demand the most.

However, if you look at all the data, most streams on Spotify, Apple Music, and Amazon Music come from older songs. (Quick aside: Tracks that are more than 18-24 months old fall into the industry category of “gold.”)

WaterAndMusic would like to point out that the labels need to pay more attention to this music.

“One argument that I want to focus on today, and by which I still stand, is that streaming services are relatively late to the game when it comes to supporting catalog marketing.

“Despite having a reputation for prioritizing new music discovery, the majority of streams on services like Spotify, Apple Music and Amazon Music still come from older rather than newer music. The mechanics of streaming also tend to significantly increase the lifespan of a given song and help produce a long-term monetary windfall for older music that was rarely possible in an era of transactional sales. It was only within the past year or so that these platforms’ internal organizations and external feature sets finally began to attempt addressing these trends, in ways that could potentially benefit both major and independent artists.

“Everyday industry discourse tends to center on A&R and artist development as the primary drivers of growth and innovation in recorded music. In pursuit of the next big hit, major record labels are notorious for throwing millions of dollars at a wide range of acts to see what sticks; recent stats from the IFPI reveal that these labels collectively spend an average of $11 million on signing two new artists every single day.

“Yet for all this investment, major labels actually make the majority of their annual revenue from catalog, not from frontline. In fact, the proportion of revenue going to catalog is increasing in the streaming age, not declining — nearing 70% of total annual consumption, according to Nielsen Music. Independent labels are no exception to this trend: for instance, Josh Berman, SVP, Digital Marketing at Concord Music, tells me that eight to nine out of the label’s top 10 most-streamed tracks on Spotify every week are consistently taken up by catalog.”

What Do Pop Singers REALLY Sound Like When Performing Live? This. 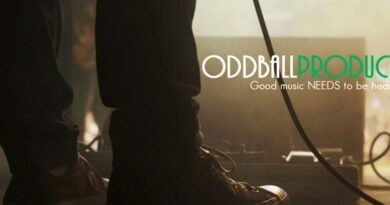