Well, it could have been worse.  When Limewire was on trial for all its P2P transgressions, they could have been liable for TRILLIONS of dollars (the figure thrown around was $75 trillion, which is more-or-less equal to all the money in the world.  (Seriously.  It is.  The math has been done.)  Then the record industry decided to ask for a mere $1.4 billion.

With that all in the rearview mirror, founder Mark Gorton is probably happy that the final damages for copyright infringement will be just $105 million.  Still, he won’t be going out for dinner for a few years. 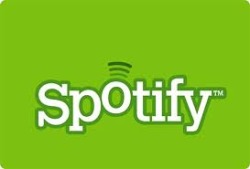 Spotify Canada By the End of the Year? One thought on “Remember Limewire? They’re on the Hook for $105 Million”