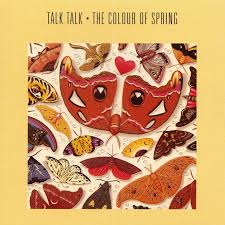 Back in the 80s, Talk Talk exploded into the mainstream with a gorgeous post-New Wave approach to alternative music. A couple of singles even broke through to become genuine top 40 hits.

Heading up the band was Mark Hollis, a high-voiced musical genius who steered the band into the territory that would later be expanded by Radiohead.

Mark became disillusioned with the music business and the pressure to come up with more hits. Instead, he steered the project into more experimental spaces, realms that weren’t exactly radio friendly. What they were, though, were gorgeous.

In fact, if you’ve mined everything to do with Radiohead and haven’t explored Talk Talk, you need to do that immediately. Listen to The Spirit of Eden (1988) and marvel the gloriousness of it all.

Talk Talk officially disbands in 1991 and released one solo album before retiring completely from music in 1998. We’d heard precious little from him until yesterday when we heard that he had passed away at 64.