People who live the rock and roll lifestyle are subject to many of the perks associated with fame and fortune. Groupies, one night stands, thousands of hours spent on the road touring and, in some cases, lavish wedding ceremonies with expensive wedding bands found at extravagant jewelry stores like Tiffany and Cartier (where you and I might find similar rings at, say, Macy’s online or Jared.

These couples are some of the most memorable rock and punk couples ever, but not for the reasons you may think. 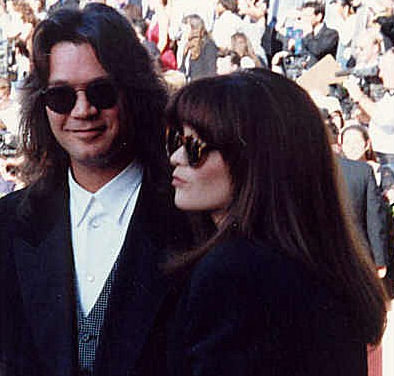 He’s the name behind one of the biggest rock bands of the 80’s, and she was best known for her role as Barbara Cooper on the CBS sitcom “One Day at a Time.” Valerie Bertinelli and Edward Van Halen wed in April of 1981, and they were the epitome of a marriage that blended rock and roll celebrity and Hollywood stardom.

Their marriage produced, among other things, a son Wolfgang. After twenty four years of sometimes wedded bliss, drugs, a serious smoking habit and mutual infidelity, the couple divorced. 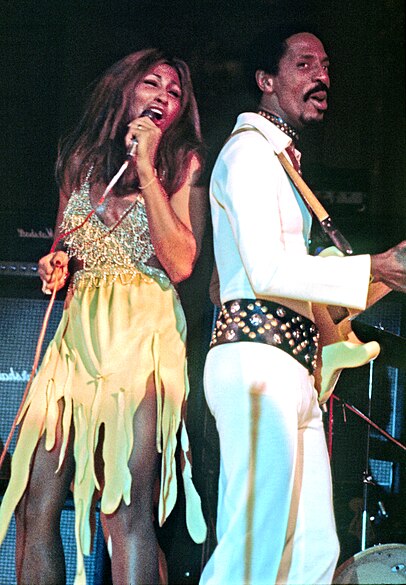 If the Van Halens represented what a good marriage could be, Ike and Tina Turner showed us what a marriage wasn’t meant to be.

Ike first met a young Anna Mae Bullock during a gig at Club Manhattan in St Louis. After Anna sang a few songs along with Ike’s band he eventually named her Tina Turner and the rest is history. Part of that history included a string of memorable hits that were hard to follow up, and that took a toll on their relationship. That strain led to Ike abusing Tina during the course of their tragic marriage.

Tina finally filed for a divorce in 1976, putting an end to their tumultuous 14 year marriage.

He committed suicide, she had his baby, and those may have been the more memorable moments in the marriage of Courtney Love and Kurt Cobain.

Their marriage included a history of cocaine and heroin abuse, the birth of their daughter Frances Bean Cobain in 1992, success in their musical careers and, of course, Kobain’s suicide. Love’s anger afterward marked what at best was a troubled relationship.

Photo of Kurt Cobain and daughter by ifindkarma via Flickr

Here is another couple who had a toxic relationship involving drugs and a lackluster music career. Vicious was the bass player in the British punk band the Sex Pistols, known for their anxiety driven, fast paced songs that reflected their displeasure with political and social conditions of that era.

The two were attached at the hip and they stayed in America after returning for a short time to London. Nancy became Sid’s manager and got him a few gigs. But due to his use of drugs his performances were lackluster at best.

Nancy was found dead in their hotel room, stabbed with a knife that she had given to Vicious as a gift. Vicious’s drug use came into play when he was found in a drug induced state, and during the investigation into Spungen’s death at one point confessed to her murder, while at other times saying that he couldn’t remember what had happened. The Secret Art of Creating a Killer Kick Drum It Was Ten Years Ago Today That Apple Introduced the iPhone