One of the coolest music projects ever was the Carl Sagan-curated Golden Record, phonograph records attached to the Voyager 1 and 2 spacecraft. Made of actual gold–the element stands up very well to the rigors of space–these honest-to-God phonograph records contain all kinds of information about the species that sent the probes out into the void. That includes sounds of Earth: greetings in various languages, nature sounds and samples of our music.

Out of all the musical selections on the record, there is exactly one rock song: “Johnny B. Goode” from Chuck Berry. But another song was also considered for inclusion: the George Harrison-written “Here Comes the Sun” from The Beatles.

So what happened? NASA asked EMI for permission to include the song, but they refused. This means long after our sun has gone nova and we approach the heat death of the universe, the Chuck Berry’s art will survive while the Beatles will be forgotten for eternity. All because some lawyers were worried that some aliens might end up listening to “Here Comes the Sun” without the appropriate licensing. 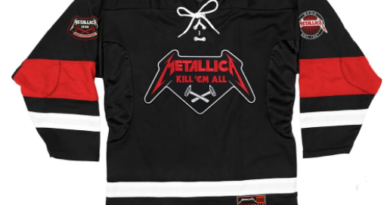 The best way to communicate with aliens? It might be music.