Avicii, the Swedish DJ and producer who once earned tens of millions of dollars a year, was found dead in at a luxury resort in Muscat, Oman, Friday afternoon. He was there on an extended vacation and was scheduled to return home on Sunday.

The DJ–real name Tim Bergling–was one of the pioneers of EDM and made upwards of $28 million in 2014. But he then retired from live performances due to health problems to focus on producing.

He was not a stranger to addiction. Excessive drinking led to acute pancreatitis, a terribly painful condition resulting from inflammation of that organ. Health problems led to the removal of both his gall bladder and his appendix in 2014, events that led to his retirement from performing in 2016. He’d also been hospitalized for various alcohol-related issues.

There’s no report on what caused his death, although he does look thin and gaunt in some of these pictures. Other reports say he looked good and was in fine spirits.

The electronic dance music community is in shock with the passing of one its biggest stars. “It is with profound sorrow that we announce the loss of Tim Bergling, also known as Avicii,” read the representative’s statement. “The family is devastated and we ask everyone to please respect their need for privacy in this difficult time. No further statements will be given.”

Avicii’s health struggles are well known. The DJ suffered from acute pancreatitis. In 2014, he had his appendix and gallbladder removed. Two years ago, he retired from performing due to his health. However, he continued to make beats.

“The end of live never meant the end of Avicii or my music. Instead, I went back to the place where it all made sense – the studio,” he wrote on his website. “The next stage will be all about my love of making music to you guys. It is the beginning of something new.” 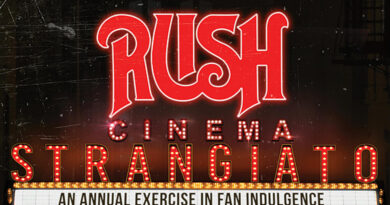