Like most acts these days, British metalcore band While She Sleeps is struggling to get by in the age of streaming. They rely on playing live and selling merch to keep things funded. In fact, bands often make more on merch than they do on anything else. It’s an extremely valuable source of revenue

This brings me to While She Sleeps new t-shirt design.

It reads “One t-shirt is the equivalent to 5000 streams on Spotify. 76% of all music in 2019 is streamed and not bought physically or digitally. Band merchandise is the most direct way of supporting an artist.” Cool idea.

And there’s more. While She Sleeps has made the design of the t-shirt open source so that any band can use it on their merch table with no licensing costs.

The band goes to great lengths to point out that they’re not anti-streaming. They’re simply looking to educate the public on where the money is (and is not) coming from these days.

I bought one. Buy your own shirt here. 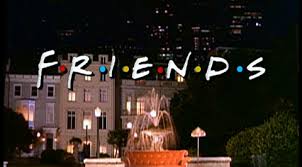