Turns out, those really annoying photos Ticketmaster uses as part of its ReCAPTCHA verification technology might be infringing on another company’s patents.
Confident Technology, a California-based company, owns the 578 patent on a software system that can distinguish a human computer operator from an electronic one (read: bot) using a “graphical image verification system” that relies on categorizing images, according to Dave Brooks at Amplify.

David Beckwith, Confident Technologies’ attorney, has filed a patent infringement lawsuit against Ticketmaster, claiming the ticket giant’s visual matching game system infringes on the patent filed by Confident Technologies on Dec. 31, 2013 by “using, selling and inducing others to use ReCAPTCHA technology in connection with gaining access to Live Nation’s or Ticketmaster’s websites, mobile apps and ticket purchasing services,” according to the lawsuit and as reported by Brooks.

The difference between CAPTCHA and ReCAPTCHA? Writing words in a box versus identifying photos that have common elements.

Confident Technologies is seeking an injunction to block Ticketmaster from using their photo identification ReCAPTCHA technology in addition to financial payments to cover “lost profits and/or a reasonably (sic) royalty on Defendants’ service fees.”

Ticketmaster switched away from CATPCHA technology because it was ineffective, or not as effective as it could be, against bots like those used by WiseGuys, a ticket purchasing company that gamed the system and essentially created ticket bots, according to Wired. The man behind that operation, Ken Lowson, is taking steps to make right the wrong he inflicted on ticket buyers with his new company, TixFan.

To replace CATPCHA, Ticketmaster turned to ReCAPTCHA instead, but CAPTCHA was also the target of a proposed class action lawsuit that claimed Google was essentially crowdsourcing transcription of Google Maps or other information without paying users.

According to the now defunct lawsuit, the second word in the two-word phrase was “Google crowdsourcing the transcribing of words as part of the media giant’s digitization of books or for its Google Maps service,” according to David Kravet’s reporting for Ars Technica at the time. “Google employs optical character recognition to perform those digitization services, but sometimes the OCR doesn’t capture all the words or numbers in an image.”

“Plaintiff has not alleged any facts that plausibly suggest the few seconds it takes to type a second word is something for which a reasonable consumer would expect to receive compensation,” wrote US District Judge Jacqueline Scott Corley when dismissing the suite.

Of course, now Google has updated its technology to be able to detect nearly automatically whether a user is a bot or a person, because it’s Google and we all hate those blasted pictures and squiggly words anyway. 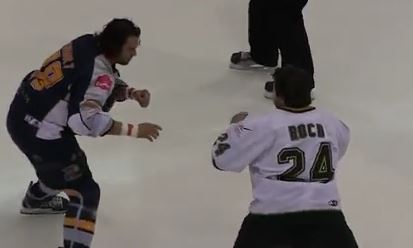 Best Music Ever for a Hockey Fight?