Earlier this month, Apple Music launched its Spatial Audio offering, which they say greatly enhances the audio quality of streams on Apple Music. By the end of the year, they plan to roll out lossless files for some 75 million tracks. That means at audio streamed at CD quality and perhaps even better.

To be fair, Tidal has been doing this for a price for some time now, but Apple Music is rolling this out at no extra charge. So is Amazon Music and Spotify is apparently planning to do the same thing over the rest of 2021.

A good thing? Absolutely! After listening to (at best) streams at 320 kbps, lossless streams will be welcomed by anyone who wants to hear everything the artist, the musicians, the producer, and the engineer put into a song.

Here’s why this is important. MP3s and other codecs make files small by compressing the original to about 10% of its original size. That means up to 90% of the music information to make an MP3 file has been removed.

The ear (usually) can’t tell, but the brain can. It knows that there’s something missing and tries to fill in the gaps. That requires precious milliseconds of audio processing, which delays and/or blunts the shot of dopamine the brain gives the body when it hears a great song. As a result of this less-than-optimum secretion of the body’s feel-good hormone, neuroscientists say, listening to an MP3 doesn’t feel as good as listening to an uncompressed digital file.

But here’s the thing: There are now at least two generations of music fans who have never experienced full high-fidelity music. All they’ve ever known are MP3s. Will people care? Or maybe the better question is, will people notice? That’s the subject of this week’s survey. 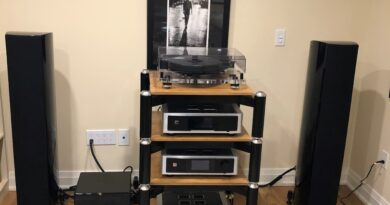 Weekly survey: Into vinyl? Are you now thinking about upgrading your stereo/audio gear to enjoy better sound?

7 thoughts on “Weekly survey: Do you care about better quality audio from streaming music services?”