You know what’s awesome these days? How easy it is to fall in love with a song and how fast it is to check out the album. With the quick click of a ‘download’ button, you’re able to determine if it was true love after all, you’re latest guilty pleasure or a trash bin delete that you’ll never speak of again. And with more quick clicks of other buttons, you can purchase concert tickets, passes, pre-sales, you name it. Awesome. See?

Whatever act you’re digging these days, they’re out there waiting to help you buy their music and wanting you to get to their shows. But what about the bands you can’t download, let alone see live? What about the bands that should have been but never were? Or are but you’d never know.  Bands you’d “fan,” but they don’t exist! Or do they?

A couple nights ago I curled up on the couch to watch Empire Records, an oldie but a damn goodie, and I got that same old feeling I got twenty years ago, when I first saw Gina (Renee Zellweger) sing to save her beloved record store from “the man,” that feeling being … woah. I was blown away again by that same make-believe rooftop performance, and I started wondering if Gina ever played anymore shows after that or if she made it as a singer, and if she did, did she stick to punk? Those questions were short lived once I remembered Gina wasn’t real but Renee Zellweger was, and doing quite well for herself, so I needn’t worry.

With all the musical stylings of the world, why did I need a fictitious band to come to life? Is it that old saying “we want what we can’t have” proving itself to be true? Or did Gina really have something that would have had her still touring with the best of them? My answer? Hell ya! Make believe or not, awesome is awesome!

It’s not like I want to see fictitious bands live because I enjoy being difficult. (Spoiler Alert) Alvin and the Chipmunks aren’t real but if they were, I’d pass on their concert tickets. I’m game for rock and roll attire, but I like my rock stars wearing pants, or bottoms at least. Scott Pilgrims band Sex Bob-omb, also not real and also a pass, on account of the potential for drama. I don’t really want to pay seventy five bucks to see a show that might get interrupted by a death match, resulting in a ticket refund paid in coins.

So after lengthy contemplation, in no particular order, here’s the top ten fake bands I’d chance it for. They might have been perfect ticket-stub collection candidates, or even hall of famers, if only they went from fake to lucky break.

If Angus Young of AC/DC is still touring in his schoolboy getup at age 60, I’m pretty sure this mini-skirted firecracker would be causing some sold out shows herself, twenty years after this debut. Renee Zellweger alongside Toronto, Ontario born Coyote Shivers on lead vocals and guitar, portray a couple of record store employees that might have been signed to a label had this 1995 cult classics been based on a true story.

Actually, it sorta was. Carol Heikkinen developed the screenplay after spending a summer working at a Tower Records in West Hollywood, turning her experiences into those of her characters.    And interesting enough, Sugar High the song performed that inspired this list, almost never made  it on the movie’s Soundtrack, due to a record company vs. film company type dispute. Luckily the issue was squashed, allowing Sugar High to be considered the standout track on the album.

2. Band: The Devil Movie: Tenacious D and the Pick of Destiny

Someone walks up to you and hands you free tickets to see The Devil’s live metal show, you’d pass? Highly doubtful. Yes, this movie is chalk full of Tenacious D lyrical and musical brilliance, but if their devil decided to break free from the film and go solo, I’d buy tickets to that show. He plays guitar, drums, sings, has transforming powers and on top of all that, is really Dave Grohl sporting seven hours’ worth of makeup, rocking a custom-made Washburn guitar, designed by the late great Dimebag Darrell Abbott of Pantera.

Yeah, it feels weird admitting you’d want to see the devil live in concert, but this six-minute scene in 2006’s Tenacious D and the Pick of Destiny, wasn’t enough! Unfortunately, we can’t see Satan live, but we can catch Tenacious D, who actually kicks off their European tour in Germany this June.  Or you can always grab Foo Fighters tickets, or try to at least.

When writer/director Cameron Crowe set out to bring to life his teenage years writing for Rolling Stone, he pretty much looked to the greats to conceptualize his fictitious band Stillwater. After having had spent so much time touring with bands like The Eagles, Lynyrd Skynyrd, The Allman Brothers and Led Zeppelin, it came as no surprise when he produced an Oscar-winning screenplay, depicting what life on the road to rock and roll famedom might be like. And with all those stories under Crowes belt, as well as all those concerts he must have seen, how could he not have dreamt up a band like Stillwater?  From his near-fatal plane crash with The Who, to his close encounters with the groupie kind, Cameron Crowe creates Stillwater, the would-be hall of famers… had they been real and able to get along.

This might be where you think I’ve lost credibility, but hear me out. They’ve got passion, drive, and a big ol’ set of what Brennan rubs on Dales drum set. They write their own stuff, and with no budget whatsoever, debuted on a boat, which they crashed and destroyed. If contracted and issued funds, imagine what shows these two would put on.

If Bon Jovi’s Always and Jay Z’s Big Pimpin had a baby, it’d sound a lot like Prestige Worldwide. Boats ‘N Hoes, their first music video, made making an actual rap album worth discussing. The plan was in motion but was later scrapped due to scheduling conflicts with those involved. Boo. There’s been talk of a sequel to the film, which is cool and all but I’m hoping to see more power ballads and crashing of things.

Maybe in some parallel universe Dethklok is the greatest band of all time, exactly how they claim to be in this popular mock metal animated series. One might pass on the chance to see these guys live, being cartoon characters and all. How well worth the ticket could they be? Believe it or not I’ve seen them live, they do tour, and it’s not just a bunch of staring at mega screens all night, watching cartoons. They’re an actual band! And they are really good.

It helps that one of the shows creator, writer and voice artists is also an extremely skilled guitar player, talk about a quadruple threat. If you can appreciate heavy metal you’ll appreciate Dethklok, or at least their sound. You too might find yourself lining up to see your first cartoon metal band.

Infant Sorrow, fake band or not, still debuted at No. 1 on Billboard’s Heatseekers Albums chart. Releasing the movie’s soundtrack as if it were an actual rock album, made Aldous Snow feel all the more real. It gave the impression a soon-to-be big rockstar was entering the scene, and not just some soundtrack release. But it was far from that. The music from the film was taken pretty seriously, Russell Brand worked with many great writers in an attempt to produce believable rock tracks that weren’t half bad, and they weren’t.

At quick glance, it may seem that I’ve listed puppets on a list of bands worth seeing live, but that’s incorrect. These are Muppets and a whole other ball game. Dr. Teeth and the Electric Mayhem have been around since 1975, that’s almost as long as metal veterans Black Sabbath and Led Zeppelin. Animal, the bands drummer, has even invited some intense drum battles with renowned drummers like Dave Grohl and Travis Barker. The multi talented Mayhem have gone from covering classical to country to jazz, they can do it all! What hosting SNL does for an up and coming actor, is what performing with Dr. Teeth does for a musician, it’s a total honor. They are also one of few rock bands who remained in tact since the 70’s, the original five members still make up the seemingly immortal, Dr. Teeth and the Electric Mayhem, forever securing their spot on my list of bands to see.

Johnny Cash, Bob Dylan, Ray Charles, Jim Morrison and Elvis Presley are only some of the key ingredients used to concoct Dewey Cox. And with ingredients like those, it’s near impossible to miss the mark on creating a fake rock and roller worthy of his own biopic spoof. Equipped with singing chops and his own guitar skills, John C. Reilly plays Dewey Cox, a born-to-be rockstar on the road to greatness, self-discovery and self-destruction. With forty original songs recorded for the film, Reilly toured the U.S. performing as Cox, and did so without ever breaking character. Impressive.

Let me start here by saying… duh. How could The Blues Brothers not be on someones favorite fictitious bands list? Does anyone else even have one? Well if you don’t you definitely could start with these bad boys. What started out as a musical comedy sketch on Saturday Night Live, ended up as a fake band that was too good to stay fake. In 1978 they released their debut album Briefcase Full of Blues, which is listed as one of the highest-selling blues albums ever recorded. Even if you’re only into real life, non-made up bands, you got to respect an achievement like that.

How many cover bands have you seen in your lifetime? By now you’ve probably seen all your favorite tunes done every which way. But I bet you haven’t seen them done with a sitar. Mike Myers alone is enough to want to see live, morph him back into his character from 2008’s The Love Guru, accompanied by his jamming buddy Rajneesh, and maybe a couple of elephants, and you’d have a concert ticket worth the pre-sale purchase. Guru Pitka’s all about peace, love and ridiculously long titled self-help books, so I doubt his concerts would be anything far from positive and enlightening experiences. He’d make for the perfect Downsview Park summer concert, that place would be oozing positive with vibes. 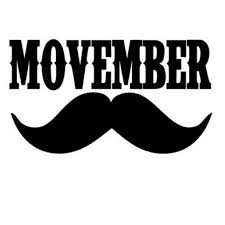