The Eagles have traded on their album Hotel California since its release in 1977, selling millions of dollars worth of merch, all of it appropriately trademarked and vigorously policed. So when they heard that the Todos Santos Hotel in Todos Santos, Baja. Mexico (it’s a little north of Cabo San Lucas) was selling Hotel California swag, such as T-shirts in the gift shop, they were more than a little pissed.

“Wrong,” says The Eagles. “That is totally false. You can’t sell stuff that says so. And now you’re gonna pay for your lies and selling unlicensed material.”

There are many stories about the origins of the song, but we know this to be true. The song was composed by guitarist Don Felder in a rented beach house in Malibu. Lyrics came from Don Henley and Glenn Frey, inspired in part by a nighttime drive through Beverly Hills. The only hotel they had in mind was the iconic Beverly Hills Hotel, which also appears on the cover of the album. At no time was anyone ever in Todos Santos.

The lawsuit is aimed at the hotel and 10 “Doe Defendants,” individuals and businesses in the travel industry that perpetuated the claims. They’ll be added to the suit once their names are discovered.

There’s no dollar amount attached to the suit. Instead, the Eagles have demanded a trial by jury and will let them set the amount if the court rules in their favour.

(Thanks to Pamela and the people at The Wrap for the tip.) 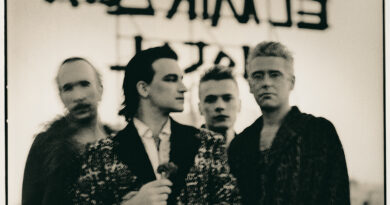 We have the Short List for Britain’s 2022 Mercury Prize