“Here Comes the Bride”–or more correctly, “Bridal Chorus,” written by German composer Richard Wagner Act 3 in the 1850 opera, Lohengrin–has been a staple at formal weddings for a century-and-a-half. But now that same-sex marriages have become commonplace, it’s time for a new wedding march. There has to be a better choice for gay weddings. NPR takes a look.

[M]any gay couples have been ditching the “Bridal Chorus,” as it was originally known, for a different kind of soundtrack to their ceremonies.

Margie Chebot and Meredith Apfelbaum, for example, married in 2004 — just after gay marriage became legal in Massachusetts. When they went to the Statehouse to get their marriage licenses, Apfelbaum tells NPR that the building was surrounded by demonstrators on both sides of the issue.

At the time, Apfelbaum says the supporters of gay marriage were singing patriotic songs — “God Bless America and the Star-Spangled Banner,” she says. “I remember people on the other side of the courthouse saying: You can’t sing our songs!”

So, music took on a heightened sense of importance when they planned their traditional Jewish wedding. The couple picked the Hebrew song “Ani V’ata” — which was written in 1971 by Arik Einstein — because they saw it as a recognition of the struggle same-sex couples like them have faced. Apfelbaum points to one section of the song in particular:

“You and I will change the world.
You and I, by then all will follow.”

“I can remember, actually, as the song was being sung by our song leader, our rabbi whispered to both of us, ‘You already have changed the world,’ ” Apfelbaum says.

Keep reading. I just can’t help thinking that whoever comes up with a proper entrance song for a gay wedding could end up being very, very rich. 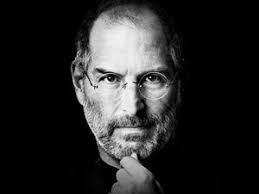