Before Aerosmith broke through to become a platinum-selling band which flies private to gigs, they, like countless other groups, hit the road in a beat-up van.

The band and the van eventually parted ways, apparently due to some kind of disagreement with the vehicle’s actual owner, who also doubled as their driver and sound man. But then Mike Wolfe and Frank Fritz of the History Channel’s American Pickers found it, restored it, and reunited the van with Aerosmith. Watch.

A brilliant collection of demos of indie rock anthems

The Best News EVER! Bloom County Is Back! 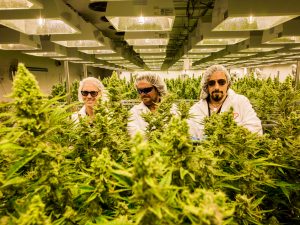