If you’ve ever been to Japan, you’ll know that all dancing must stop once the clock strikes midnight.  It’s the law, a measure imposed 66 years ago in an attempt to crush prostitution that was apparently amok in the nation’s dance halls.

Not only could one not boogie down after midnight, but there were minimum lighting levels mandated for clubs.  No dance establishment can have ambient light less than 10 lux, which is about as bright as a movie theatre before the film starts. You don’t want people sneaking off into the shadows, you see.

Things got a little weirder four years ago when a student was killed in a nightclub brawl in Osaka. That had police cracking down a lot more stringently than in the past.

But with Tokyo set to host the Olympics in 2020, officials think it might be time to lighten up a little. The after midnight ban has been finally lifted.  Let’s dance! Pop stars don’t have much time for music anymore 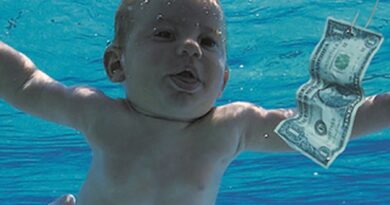 Nirvana finally has something to say about the Nevermind baby lawsuit