When streaming was first proposed as a music distribution system, the traditional music wasn’t crazy about the idea. After all, record labels’ business model for more than a century had been built on selling people pieces of plastic.

True, Steve Jobs brought them kicking and screaming into the digital age when he presented them with the concepts that would become iTunes, but they were over a barrel at the time, their revenues being decimated by online piracy. After a while, though, the labels learned to like the idea of selling albums and tracks online. But they bristled at having to give up power to Apple when it came to distribution. Quietly, they vowed that would never happen again.

When Spotify was founded in 2008 and Daniel Ek began looking to negotiate music licenses with the labels, they played hardball. Real hardball. No way was a technology company ever going to get the best of them again. To make sure, that Spotify developed in a way that pleased (i.e. did not threaten) them, many labels took equity positions in the company.

Despite having many boots on its neck (and forced into licensing deals that ensured that it would never be profitable), Spotify nevertheless grew into a company valued (at one point) over $30 billion. When it went public, the labels had a stock market windfall, with some of them selling off their positions and taking big profits.

Meanwhile, despite its domination of the streaming music space, Spotify continues to haemorrhage money. It does, however, have the backing of the stock market and the capital of its investors.

According to Hypebot, there’s a rumour that Spotify might be thinking about pulling a big switcheroo. Could they buy a piece of Universal, the biggest of the three major labels? 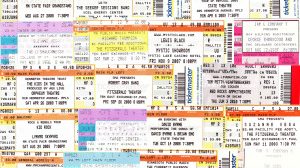 These are the most subscribed-to Spotify playlists.