Yesterday (September 24) was the 25th anniversary of the release of Nevermind. Billboard has this look back at those crazy first few weeks and months.

It’s hard to imagine it now, but whenNirvana‘s major-label debut, Nevermind, dropped on September 24, 1991, it didn’t split the world in two and refashion rock overnight. The band’s label, Geffen/DGC, had such low expectations, in fact, that it shipped less than 50,000 copies, assuming that the loud/quiet mix of punk and pop songcraft from the then-little-known Seattle trio might not immediately catch on.

The rest, of course, is rock mythology. In the year’s since it has sold nearly 25 million copies around the world and helped cement the band’s reputation as one of the most iconic rock acts of modern times. But what did it feel like when the world first heard those signature quick strums from guitarist/singer Kurt Cobain and bashy drum playing by Dave Grohl over Krist Novoselic’s doomy bassline in “Smells Like Teen Spirit?” Did the molecules in the air really shift, did the hair stand up on your arms, or was it just another rock band wearing dirty sneakers and thrift store sweaters loudly moping about feeling left out?

On the 25th anniversary of the album’s release Billboard spoke to some former MTV News staffers who were in the eye of the hurricane a quarter century ago to get their take on what they saw, heard and felt that lifetime ago. The Gospel of U2, Leonard Cohen and Sufjan Stevens

If you’re going to see the Freddie Mercury biopic this weekend, read this first 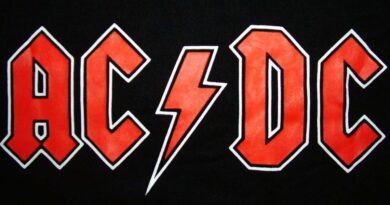 Fun history: Brian Johnson got his gig with AC/DC partly because of this vacuum cleaner commercial.