We’ve lost dozens of musicians this year–I don’t have to recite them again, do I?–which has prompted a full hate-on for 2016. We just can’t wait for this bloody year to end. But is it really 2016’s fault? Maybe not. This is from Medium.

I have a very unpopular opinion. It is not 2016 that is to blame for many of our favorite icons dying and falling ill at ages that are too young. It is drug and alcohol abuse.

People exclaimed over and over as one well-known artist after another died too soon, “2016 is the worst! Please stop now!” But one important thing quietly slipped by this year with barely a notice that is related to many of the deaths we have experienced this year. A study was released by the CDC stating that the US Life Expectancy has decreased for the first time since 1993. And no one knows why. There are a few thoughts to the cause such as obesity, opioid abuse and suicide. The important thing to pay attention to is, if you are in you 40’s or 50’s, you will probably not live as long as your parents or grandparents did and it may be due to a life-threatening addiction.

The rest of the article will give you pause for thought. (Thanks to Greggory for the link.) Apple Has an iPhone 7 Event Tomorrow. Will We Hear About iOS 10, Too? 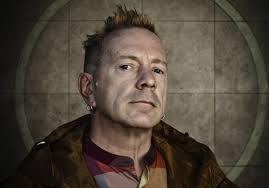 Johnny Lydon Finds Himself Trending for the Wrong Reasons

One thought on “The Real Reason Famous Musicians are Dying (Hint: Don’t Blame 2016)”