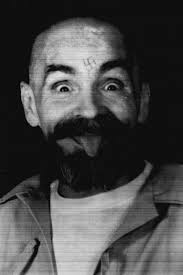 The big news from overnight was that Charles Manson, the infamous head hippie in the Manson Family, died at the age of 83 after spending 49 years in prison. The fascination that surrounded him will no doubt intensify again, which will inevitably lead to all his creepy connections to music and the music business: The Byrds, the Beach Boys, the Beatles, a later unintentional connection to Nine Inch Nails, the very name “Marilyn Manson.” But here’s another story.

Donald was a friend in high school, one of the half-dozen guys in our little cabal. In grade 12, we were assigned an English project wherein we were supposed to analyze song lyrics for meaning and explanation–think Genius annotations. Donald chose to look at the Beatles, specifically the whole “Paul-is-dead” theory and the connection between the song “Helter Skelter” and other songs from the white album to Charles Manson. He had discovered that Manson had this grand vision about the Beatles using their music to direct him to start race war in America.

Donald got really, really deep into these connections. Maybe too deep.

About a year later when we were all in university, we saw him coming down the hall one more. He was skipping.

“He wrote back!” he shouted. “CHARLIE WROTE BACK!”

There in his hands was a sheet of yellow newsprint, a handwritten letter written with a return address of the Vaccaville State Prison in California. It was from Charles Manson.

The handwriting was jagged, raw and aggressive. It spoke about things like “Venus, the star rising in the East” before descending into indecipherable gibberish. On the flip side of the page, the writing became even more aggressive, angular and larger. The letter ended with a weird pen drawing of something that looked–and there’s no other way to put it–satanic and evil.

My friend had become a pen pal with Charles Manson.

Over the months that followed, he became even more immersed in all things Manson, all things Beatles, and most of all, all things John Lennon. The music. The politics. He started wearing Lennon glasses. I heard he even ended up marrying a woman from the Far East in some kind of approximation of Yoko.

But the freakiest moment of all came on December 8, 1980, when news broke that Lennon had been assassinated by Mark David Chapman. My friend’s last name was also Chapman.

Even now the whole thing weirds me out. News from the Crazy World of Vinyl